October of this year really heralds the start of an amazing couple of months in gaming, leading up to Christmas. In October we’re treated to a remastering of the best RPG of all time, a couple of thrilling first-person shooters and another addition to an incredible turn-based strategy franchise.

This game is one that I’ve been particularly looking forward to. An absolutely epic looking first-person shooter, set at the time of World War 1. Battlefield 1 lets you lay waste to your enemies in locations as varied as the Italian Alps and besieged French cities. Make your mark in the world’s first global war!

What really caught my eye about this game besides the amazing scenery and graphics, was the scope of the online mode. According to Electronic Arts (the creators of the game) Battlefield has a ridiculous multiplayer mode which allows up to an incredible 64 players!

With numbers like that your team games will look more like actual battles than skirmishes. Imagine running around the ruins of a huge French city with your squad of 31 other players, hunting the enemy team, charging over towards them, bayonets drawn and guns firing.

You can also apparently fight on horseback in the online mode, which just sounds brilliant. I’m very much looking forward to leading cavalry charges.

As I’m sure you can see, I’m excited about this one.

Release Date? Battlefield 1 is available on October 21st but you can pre-order now!

Another awesome first-person shooter. This is a sequel to the fantastically entertaining original Titanfall and similarly features the brilliant Titans (which are basically giant ‘mech’ Robots that you can take control of and destroy your enemies with).

The new game features a series of 6 different types of Titans, including one that carries a gigantic sword and another that burns your enemies to a crisp with fire attacks.

Also added to the new game is a story mode which was missing from the original. You play as Jack Cooper, a rifleman who is sent to an alien planet and allies with a Titan in order to destroy the aliens, as well as a corrupt human force.

Anyone who played the original Titanfall will remember how brilliant the online mode was, reminiscent of Unreal Tournament due to its futuristic style. The addition of the Titans made it even better and the Titans in this game look cooler still.

This is predicted to be one of the biggest selling games of 2016/17 and EA have predicted that the game will sell 9 to 10 million copies in its first year.

Make sure that one of them is yours.

Release Date? You can pick up Titanfall 2 on October 28th.

This is a remastering of the brilliant original released in 2011. Skyrim features an incredibly rich and engaging storyline, which can be largely customized by the player. Pick the race of your character (choose from many including, human, elf, lizard-like, cat-like and orcs) and then customize your appearance too).

Not only is the way you look up to you, but also what you do is. Want to become an unstoppable warrior? Then use your experience points on fighting attributes and watch your character get stronger and super tough. Feel like becoming an all-powerful wizard? Then use those same points on magic abilities and become the most powerful mage in the whole of Skyrim!

This special edition improves greatly on the graphics of the previous version and also includes the upgrades from a long series of Skyrim add-on packs.

The original Skyrim is rightly regarded as being the finest RPG of all time, and one of best video games ever made. If you haven’t played it then all I can say is you are seriously missing out.

There would be no better way to remedy this, than to pick up the special edition in October.

Available on: PC, PS4 and Xbox One.
Available for free on Steam for user who own Skyrim Legendary Edition (or Skyrim + all 3 DLC)

Release Date? Get your copy of Skyrim on October 28th.

The year is 1968. You are Lincoln Clay. A Vietnam War veteran back home in New Bordeaux, after years fighting communists abroad.

Your criminal organization (the Black Mob) is betrayed and destroyed by the Italian Mafia after a joint heist on the Federal Reserve. You survive the attack and with your friends vow to destroy the Italian Mob, who betrayed the only family you’ve ever known.

Everyone loves a good revenge story and Mafia 3 is a perfect example of that. As Lincoln you track down and kill the Mafia members who betrayed you. While at the same time taking over their money-making businesses and operations. Establish yourself as the New Bordeaux Don.

Mafia 3 features a largely customizable storyline and incredible locations, with New Bordeaux looking suspiciously like New Orleans. The designers do a great job of making it seem like 1968 with everything from the cars to the way people dress feeling authentic.

If you enjoy mob films and games then you will absolutely love Mafia 3.

Release Date: Mafia 3 is out on October 7th.

The Civilization franchise is an absolute classic in the strategy game genre. The first Civilization was released in 1991 and the games have got better and better since then.

As fitting with the series Civilization 6 is incredibly in depth and features numerous different win conditions. This can sometimes be seen as unusual in a genre in which most games are just about destroying your opponent’s armies and setting their cities on fire.

You can choose from a wide range of civilizations ranging from Norway (where you can command the legendary Viking Harald Hardrada) to the Kongo and everywhere in between.

Players can advance their civilization from the medieval period, all the way into the future.

I remember playing Civilization 5 and thinking it was brilliant, the sheer depth of the game is astounding and you can choose your strategy to try and win the game. Each time you play is different.

No doubt Civilization 6 will be even better.


There’s our roundup of the best games out in October. There is plenty to keep you entertained.

Are there any we missed? Tell us what games you’re excited about below! 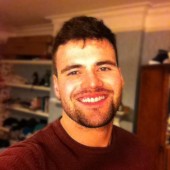