When horror games are done right they can be the most immersive of video game experiences. This immersion adds a level to the horror genre that movies cannot provide – you aren’t just watching the horror on screen, you’re actively participating in it.

Now there are plenty of horror games on the market, but like movies, a lot of them fall short and fail in their job – to actually be scary. We’ve put together a list of some of the best horror games that are guaranteed to give you sleepless nights.

We start with a game that actually did give me nightmares, Silent Hill 2. Bear in mind I was a child at this point and I haven’t played it since, but man did this game scare me.

It is considered to be one of the best games on PlayStation 2 and for good reason, it is not just a horror game, it’s a worthwhile story with many twists and turns. What put Silent Hill 2 above other horror games at the time was the psychological element – that you were constantly questioning your own reality.

This is my personal favorite of the franchise, maybe because I am still mentally scarred by it, but the whole series is definitely worth checking out.

Space has all the perfect elements for a horror story; confined area, no way to escape, and an environment full of aliens. In Dead Space you play as a space station engineer called Isaac Clarke as he begins to realize that he’s not the only thing on the space station.

The game builds a brilliant atmosphere using sound as the main feature to scare the player and I wouldn’t recommend playing this game with headphones on. Resources are constantly running out and your knowledge is always limited – you just have to make your way through and hope for the best.

If you manage to make it to the end you can pick up Dead Space 2 and continue the story.

Unlike a lot of horror games Condemned doesn’t rely on horrific creatures or demons from hell, the threat is a human one.

You play as crime scene investigator Ethan Thomas as he searches for his wife’s serial killer throughout the condemned buildings of Metro City.

The game focuses mainly on melee combat, as guns and other weapons are hard to come by, which makes the scary encounters even more terrifying. The chilling environments and blood-curdling score will definitely keep you up at night and when you do get to sleep you’ll have nightmares about the mannequins, oh God the mannequins.

Sometimes it is the simplest game mechanics that can make a game great. In Outlast the player has two options; run or hide.

There are no guns or weapons, you cannot kill the horrors of the asylum, or run and hide from them. You play as Miles, a freelance journalist with only a notebook and camcorder, who has come to document the horrors that take place in the Asylum.

The first person journey through the asylum is horrific, and personally, I didn’t get anywhere near the end of the game. Outlast is the tensest experiences there is. They’ve since released a DLC prequel called Whistleblower which has received great reviews.

You can’t have a list of horror games and not mention the genre-changing Resident Evil franchise.

My first introduction to the horror game genre was when my uncle let me play Resident Evil 2 when I was 9 years old. I had put off the genre for a long time but gave the series a second look when Resident Evil 4 was released.

Admittedly, Resident Evil 4 is more of an action game, but it also provides a very stressful experience by constantly putting you on the back foot. Don’t go into it looking for out and out horror, but if you want more action within a scary title then it’s a good option.

There’s now an HD version available on Steam which drastically improves the graphics.

Amnesia is up there with Outlast for me on the ‘makes me want to cry’ scale. There is something about not having weapons and only being able to run from enemies that make a game scarier.

In Amnesia you must use stealth to explore an ominous castle, use objects to solve puzzles, and more importantly, avoid the creepy monsters. You play as Daniel, a man who wakes up with no memory, and must manage his sanity level throughout the game.

Being in darkness for too long or witnessing unsettling events will lower Daniel’s sanity, and it can only be restored by finding a source of light.

It’s one of the best horror games and its sequel, Machine for Pigs, is definitely worth a look, although it doesn’t match up to its predecessor.

Available on: PC, MAC and Linux

If you’re into horror then you’re probably into the Alien franchise. Now there have been a lot of terrible games based on Alien, but Alien: Isolation manages to wash that all away.

The gameplay is tense from start to finish, trapped alone on a ship with a single Xenomorph. You do have weapons, but the emphasis is more on hiding from the alien while at the same time trying to outsmart and escape it.

The fact that there is a single alien pays homage to the original movie but also sets the tone. It is one of the most tense gameplay experiences out there and you can also play it on the Oculus Rift, although I wouldn’t recommend it.

Available on: PC, PS4 and Xbox One

You are now ready to jump out of your chair in fear ! We would like to hear about your favorite horror game, please share your story in the comment section below. 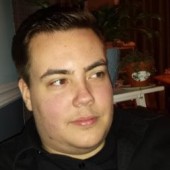